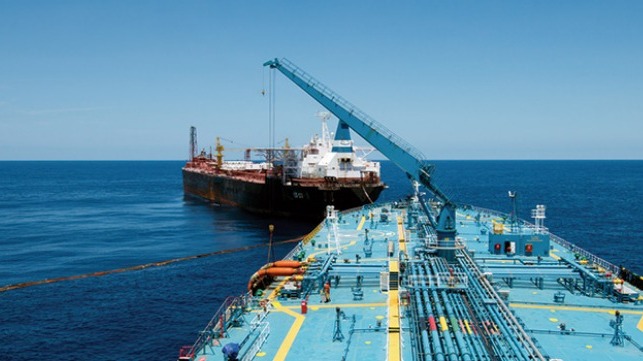 Things are looking up for oil and gas this year, according to DNV GL’s annual survey of sentiment in the industry. Over 60 percent of the senior oil and gas professionals who took this year’s poll expressed confidence about growth, double the percentage at the same point last year, when oil was still trading at under $50 per barrel.

Oil and gas executives told DNV GL that confidence is returning with higher prices and better cost structures. According to Graham Bennett, VP of DNV GL Oil & Gas, “industry participants now have their costs under control and can make a reasonable margin, even at $55 or $65 oil.” This means that oil firms do not have to hope for the $100+ prices of 2014 in order to be optimistic again.

In addition, volatility has come down, and oil executives can base their planning on stable, reasonable prices for some time to come. “When prices are volatile there is more uncertainty about strategy, leaders don’t know what kind of adjustments to make, deals are harder to agree – stability allows some predictability to return,” said Frank Ketelaars, regional manager for the Americas, DNV GL Oil & Gas.

This confidence is leading to plans for investment. Two thirds of respondents said that their firms intend to increase their capital expenditures this year – a sharp reversal from the last few years, when most respondents expected capex to come down.

For upstream companies, the form that capex investment takes appears to be changing. The E&P cycle is getting shorter, and oil firms are focused on prospects that can be developed rapidly and at lower cost, allowing them to retain agility and respond quickly to changes in the market. Deepwater megaprojects aren’t exempt from the trend. “It is no longer a 10-year cycle [for deepwater projects]. Now that infrastructure is in place and so widespread, it really is five or fewer years from the time you decide to develop a project to getting it completed,” said Edward Morse, global head of commodities research at Citigroup.

The percentage of respondents who say that they expect to spend more on R&D was also up sharply this year. About one third said that their firm will put more funding into research and development in 2018, more than double the levels seen over the past three years. Digitalization and cybersecurity are the two big areas that the industry will focus on in coming years, according to DNV, followed by subsea technology. According to Thore Krisiansen, chief operating officer of E&P for Galp, digitalization “will make us more competitive and faster, and will contribute to lower unit costs.” In the upstream sector alone, the International Energy Agency believes that production costs could come down by 10 to 20 percent through the advanced use of sensors, seismic data, and reservoir modelling, and that digitalization initiatives could increase the world’s recoverable oil and gas reserves by five percent.

While the industry is planning to invest now that prices have recovered, cost control will remain a key part of the strategy, says DNV GL Oil & Gas CEO Liv Hovem. “Intentions to increase capital and innovation spending in 2018 come alongside a clear signal that oil and gas industry costs will not return to pre-2014 norms,” Hovem said.

Even if service companies and suppliers may be tempted to try to raise prices, oil firms are likely to stand firm on cost control, according to Frank Ketelaars, DNV’s new regional manager for oil and gas in North and South America. “There may be new pressure to increase costs as demand for services increases in specific areas, however, here in the U.S. we see a clear drive from operators to keep pressure on the supply chain in order to prevent another wave of cost inflation,” Ketelaars said. “The long term view is that the oil price will not return to pre-2015 levels but remain in the $60-70 range. Hence, operators need current cost levels to remain as they are in order to ensure sustainable margins for developments – conventional and unconventional.”

Big companies and small companies parted ways in their outlook, though. Three quarters of respondents from large oil and gas firms are confident about hitting their profit targets this year, compared with less than half of those from small companies – perhaps a reflection of the oil majors’ leverage in controlling costs and developing E&P megaprojects.

Sentiment is also much higher among refiners, 80 percent of whom expect that 2018 will be a profitable year. The confidence in the downstream sector is reflected in oil majors’ investment decisions: last year, Exxon and Saudi Aramco separately announced that they will spend $20 billion each on petchem and refining plants.